Supplements for the Management of PCOS

As mentioned in Part 1 of our PCOS (Polycystic Ovarian Syndrome) series, supplements are simply the icing on the cake. If you have been diagnosed with PCOS and are experiencing many of its symptoms, striving for progress with nutrition and lifestyle will be the best start in managing symptoms.

If you’re still not sure how to achieve that, be sure to write through a question in the chat box (bottom right) or fill in our Free Preliminary Assessment to get started.

If you’re already quite confident with the foundations of nutrition, supplements may provide just that little bit more required to help you manage PCOS and achieve your long-term goals.

Please note that the following is simply information and not prescription. Any consideration of supplementation should be discussed with your medical professional and/or Dietitian prior.

Supplements You May Consider

Inositol is a pseudovitamin i.e. not an essential vitamin but is similarly vital to the body. This supplement is known for assisting with fertility and improves insulin sensitivity (why it tends to show promise for PCOS and Type II Diabetes). It additionally can support improvements in anxiety and may help with depression.

In supporting the management of PCOS, the most common dosage with low risks associated, is 2-4g per day (please ensure it is Myo-Inositol). We usually recommend consuming this supp before breakfast each day.

Fish Oil supplements include two types of Omega 3 Fatty Acids called EPA and DHA. These fatty acids are involved in regulating inflammation, your metabolic pathways and in helping with brain function.

The positive effect of Fish Oil supplementation in PCOS is likely due to the improvement in metabolic markers (such as triglycerides, cholesterol and blood pressure). They may also assist in supporting improved mental health, but more research is needed in this area.

These healthy fats are best gained from your diet (e.g. oily fish and seeds), but you can compliment your food intake by supplementing with 1000-3000mg daily.

This is a supplement only to take if you have a deficiency.

Being low in Vitamin D may be linked to an increased risk of insulin resistance in PCOS. Studies have shown a link between low Vitamin D and higher levels of both testosterone and insulin resistance. It is a bit of a chicken and egg situation, as we are quite sure which leads to what.

However, we do know that improving Vitamin D levels can improve symptoms of PCOS in women that have been diagnosed with a deficiency.

Chromium is an essential mineral that is found in plant products, mainly grains. Its function is to help regulate insulin in the body, so if chromium levels are low or suboptimal (true deficiencies are rare) this process can be impaired.

At the moment there is insufficient evidence to say that supplementation can help to manage or prevent insulin resistance or Type II Diabetes in women with PCOS. So at the moment, it is a watch this space and unlikely worth the investment – focus on getting those quality plant foods in instead.

NAC is a form of the amino acid L-cysteine and a precurser to glutathione, an antioxidant. It provides a function in possibly improving insulin receptor function and insulin sensitivity in women with PCOS, along with reducing testosterone levels. However, a recent review (here) did show an improved pregnancy and ovulation rate in women who supplemented with NAC compared to placebo, but these weren’t superior to using Metformin. The review also showed no difference in acne, weight, testosterone or insulin levels with NAC.

With this, supplementation may be an option, however the risks need to be weighed up with any possible benefit – as the research findings so far are inconclusive.

Cinnamon is a spice that you can find in any everyday supermarket. It can help slow the rate at which glucose enters the body and also improves the use of that glucose in the cell. In those finding spikes in blood glucose hard to manage, this may be something to consider adding to your food.

However, in large doses there is a compound in cinnamon that can have toxic effects called coumarin, so there is no need to go over doses of 1-2g per day. If wanting to increase your intake of cinnamon, having ceylon cinnamon is a better option as it contains lower amounts of coumarin.

Who should be supplementing with cinnamon? Currently the evidence isn’t as strong as it should be for us to start recommending it to everyone with PCOS, so it would mainly be for those needing help with blood glucose management. However, this shouldn’t stop you from adding it to your favourite meals and snacks!

There is limited evidence that certain Chinese herbal medications may improve pregnancy outcomes and PCOS symptoms. However, at present, there are few high-quality clinical studiesbeing  conducted in women with PCOS, so it is an area to watch.

Currently, Chinese Herbal Medicine should not be recommended due to lack of evidence on effectiveness and safety related to pregnancy rate, ovulation rate and potential adverse effects. 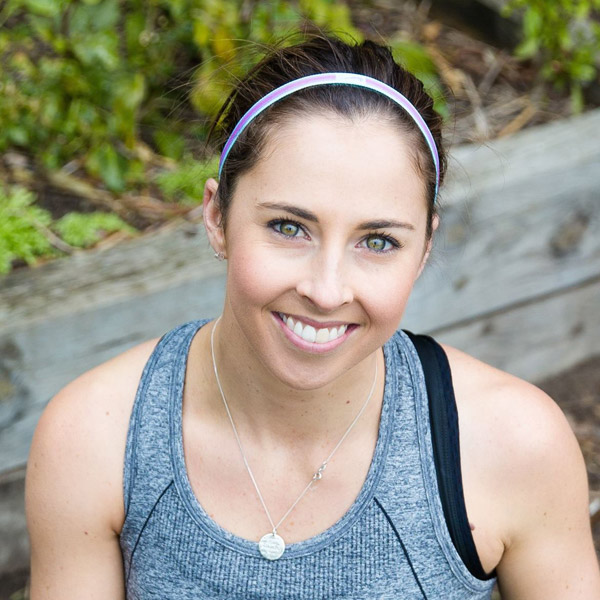 Alicia is the head Advanced Sports Dietitian at Compeat Nutrition. She is also a mum and triathlete, so advice extends beyond the basics and is instead focused on providing effective and achievable nutrition for both training and racing.

Nutrition Challenges of the Female Athlete